Keller Williams Worldwide | Real Estate Franchise Opportunity
Keller Williams Realty, one of the leading real estate franchises in the US, has recently announced the plans for Keller Williams Worldwide expansion plan. The announcement was made after a brief overview of the company’s previous year’s performance. Results indicate that the company has remained immune to the growing recession and downturn in the industry. Despite these factors, Keller Williams Realty Inc. has shown a tremendous growth in terms of productivity, profitability and profit share in 2011. The announcement was made by the CEO Mark Willis during the company’s annual convention, Family Reunion, in Orlando, FL.  It was the part of his annual State of the Company speech delivered in the presence of more than 9,000 KW associates. In his speech, Willis shared several key success indicators for KW and outlined the plans for Keller Williams Worldwide. Highlighting the company’s dynamic growth, Willis described how KW Realty’s per agent productivity has increased by 19 %. While the real estate market has not been in a very favorable state since 2005, KW’s growth is more than 23 percent in agent count. Market data reveals that the company gave back more than $38 million to its associates in profit over the last year. Figures state that last year the company gave back $100,000 per day to its associates. Willis congratulated KW employees and associates on achieving the target and said, “What we have achieved is what most people considered completely unattainable in these turbulent times. My heartiest congratulations to the Keller William family. Now, I want you to look ahead to a greater prospect and opportunity to serve the industry with Keller Williams Worldwide.”

Further elaborating the worldwide plans, Chris Heller, President of KW Worldwide, announced the official signing of the company’s first overseas real estate franchise. The first overseas franchise will operate in Vietnam where Paul Mason will lead a team of proficient experts and agents. The first major objective of the overseas franchise is to explore opportunities and possibilities for improvement in the global real estate market. The reason Paul Mason was chosen as the president of KW Vietnam is his extensive qualification and experience in local real estate. He received a BSc in Estate Management from Southbank Polytechnic in London. Mason is currently a member of the Royal Institution of Chartered Surveyors (RICS) where he serves as chairman in Vietnam. What made Mason one of the most deserving candidates for the position is his more than two decades of experience including a leadership role at the international firm Cushman & Wakefield and NAI Vietnam. “Mason’s qualification, his experience and his commitment to growth and progress is what makes him a valuable part of Keller William Worldwide,” said Heller. While Heller and Willis showed their pleasure on having Mason as a part of their team, Mason also expressed his excitement and gratitude on joining the winning team of Keller Williams. Further briefing on the company’s future plans, Heller explained that the Keller Williams Worldwide franchises will also offer its associates award winning tools and real estate training via MAPS coaching and Keller Williams University. KW is also working on the development of worldwide version of eEdge, KW’s propriety tool for lead management, contact management and development of custom marketing materials. “Keller Williams believes in providing utmost support and reward for our associates. Our new growth share model will truly reflect our policies and efforts in this aspect,” added Heller while commenting on the company’s new expansion plans for its unique wealth building platform. The company’s unprecedented success in 2011 is an indicator of KW’s potential to bring a positive change in the global real estate industry. Last year’s result has positioned Keller Williams as the 2nd largest real estate company in the United States. Heller also ensured that the company is already focused on the customization of the proven Keller Williams business model and tools according to the varying regional demand. Aiming for Keller Williams Worldwide expansion, the company has already begins its aggressive pursuit for international franchise outside the US and Canada. Find out more about the KW Worldwide real estate franchise opportunity today!
13 Shares
Share12
Tweet
Pin
Share1
2018-04-05T07:21:07-05:00 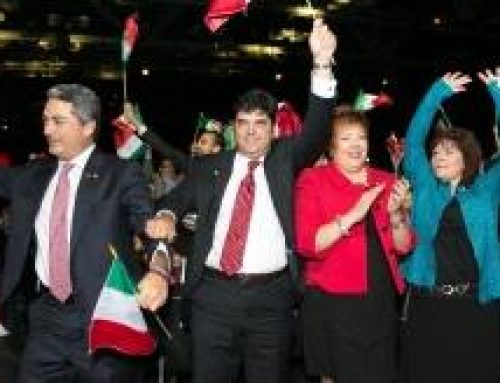